What is Corneal Refractive Therapy?

Corneal Refractive Therapy, or CRT, is a safe and effective treatment for temporarily reducing mild to moderate myopia or nearsightedness. CRT is still relatively unknown to the public, despite scientific validation and a growing contingent of satisfied wearers. These therapeutic contact lenses are worn just at nighttime during sleep to reshape the front curvature of the eye gently. The result is good daytime vision without any corrective lenses. Since there is no age restriction on the FDA approval, unlike with LASIK eye surgery about 70% of our CRT wearers are children.

A significant benefit of CRT is that the corrective effect is reversible so that after CRT lens wear is discontinued, the patient can eventually return to wearing their usual glasses or disposable contact lenses, or even undergo LASIK. You can think of CRT lenses like an orthodontic retainer but for the eyes instead. Although not proven beyond a reasonable doubt, there is reasonable scientific evidence that CRT may slow the natural progression of childhood myopia.  Eligible patients can also receive a prescription for low-dose atropine eye drops, an established treatment for minimizing childhood myopic progression.

Dr. Chou received certification to prescribe Corneal Refractive Therapy (CRT) in 2003 shortly after FDA approval was granted to CRT. Aside from having worn CRT lenses himself, he has written about how practitioners can improve the outcomes of CRT and has collaborated on several industry projects with the developer of CRT, Jerome Legerton, OD, MS, MBA.

To learn your CRT candidacy, schedule your exam at ReVision Optometry with a complimentary CRT consultation.

For any scheduling needs, feel free to call us at (619)299-6064.  If we don’t answer, leave a message and your call will be returned in the order it was received.  Please check our website, www.revisionoptometry.com, for updates to our schedule.  Many thanks for your patience and understanding from the entire ReVision Optometry team! 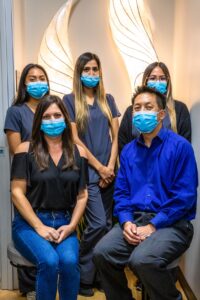 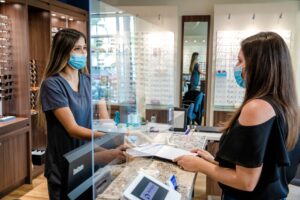